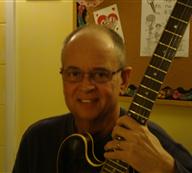 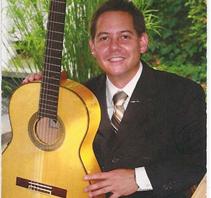 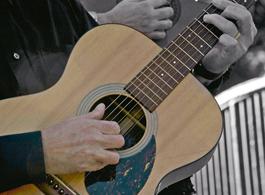 For over 30 years Clelia has owned and operated Clelia's Guitar Studio. Her biggest joy is seeing her students progress into fine musicians. She prides herself in teaching each student a well rounded musical education through knowledge of note reading, tab reading, chord reading, ear training, rhythm studies, scales, theory, musical construction and improvisation. Some of her students have received scholarships and have gone on to peruse careers in music but most of the students that want to learn guitar just want to have fun and a positive experience. Clelia, a local Charlestonian, has more than 37 years of performing experience in solo as well as chamber music. She has studied with some of the world's most renowned guitarist and has participated in many guitar master classes and workshops. As a former staff memeber of the Guitar Foundation of America, she has worked on staff with Miami-Dade Community College, University of Texas at San Antonio, and the College of Charleston for the international GFA Guitar Convention and Competition. She has taught many guitar classes with the artist in resident summer art's programs for Charleston and Berkeley counties. With a diverse educational background in a variety of styles, she has experience in rock, popular, blues, jazz, and classical music. She has performed in pit orchestras of over 30 local Broadway shows, various symphony orchestras, television, radio, concerts, recitals, as well as international festivals. She has been featured on several CD projects, and one of her original compositions has been choreographed and featured with the Robert Ivey Ballet Company. She has toured Europe with a Jazz band. She enjoyed performing in most of Charleston's historical sites, major resorts, country clubs, plantations, garden tours, theater and reception sites. Clelia is also an active member the National and Charleston Music Teacher Association.

Christopher Teves is an enthusiastic teacher with over 20 years of teaching and performing experience. He has given lessons to students of all ages and he has served on the music faculties of Capital University, Otterbein College, and the Eastman Community Music School. Currently, he is on the music faculity of Charleston Southern University. His education includes a master degree from the Cincinnati Conservatory, a bachelor of music degree from University of South Carolina, and post graduate studies from the Eastman School of music. Additionally, he has performed throughout the United States including concerts in Chicago, New York, and Washington, D.C. His discography includes Guitar America (solo), Mist Over the Lake (flute and guitar duo), and Hauntings (with the Moravian Philharmonic Orchestra). He is heard frequently around the Charleston area for recitals, events and weddings. 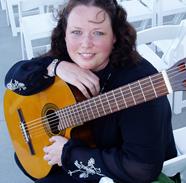 Craig Smith began playing guitar at about the age of five, being influenced by his mother and grandfather who both played the guitar and his grandmother who played piano for some of the first movies with sound. He has been in the professional music field full time from his early teens, and started teaching guitar exclusively over forty years ago. His lessons cover every aspect of music knowledge, on both acoustic or electric guitar, in Classical, Pop, Country, Rock, and Jazz. He works with students of almost any age from five to eighty-five and perhaps beyond.

Michael began learning guitar at age 11. His first gig was the next year when his band played an eighth grade school party. It went well, and from that moment on that's all he wanted to do. He attended Westminster College in his hometown of Fulton, Missouri, where he also taught guitar for Parks and Recreation and played in a local rock band. The Band was successful, playing college fraternities and high school proms all over the state. After college he joined the U.S. Navy, which gave him the opportunity to travel the world and a chance to meet and play with a wide mixture of musicians at home and abroad. After leaving the Navy, Michael began his career as a professional musician and guitar teacher in the Washington, DC area. In addition to teaching guitar on a full time basis at three Music Stores, Michael played and recorded with a number of DC bands. These bands ranged stylistically from country to classic rock, blues, and R & B. He taught and played in the Washington, DC area for over 20 years before moving to Charleston. Here in Charleston he has continues his teaching career and has played in classic rock bands, blues bands, acoustic duos, and as a solo acoustic performer. He has played and taught rock,

blues, country, jazz, bluegrass, acoustic fingerstyle and flat-picking. His intimate knowledge of a wide spectrum of styles has proven to be a great asset in his teaching. 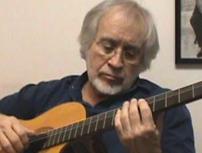